A Peck Isn’t Just A Peck 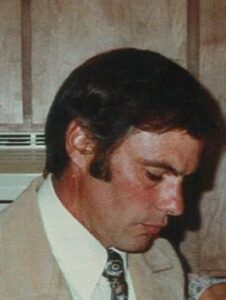 Summer was coming to an end for Peewee Nash. With Labor Day weekend starting today, his baseball buddies would have only one last weekend to play their game.

As Peewee walked down the street for the final weekend rendezvous to the baseball diamond, his team came out of their homes like a synchronized military watch. The anxiousness to begin playing over took their slow pace to out right running.

Bobby and Randy were first to put foot on the field, but they suddenly stopped, putting a jam on everyone else. Peewee was last to stop on the right field line. They all stared at the very thing none of them predicted; it was a girl sitting on the pitchers mound, legs crossed.

They knew the rules: Anyone on the mound first had field rights. The rule dated back years and it was not to be broken. Bobby looked down the row of future major league baseball players, and asked Peewee, “what now?”

Peewee kicked the dirt with his right tennis shoe in disgust and declared, “I’ll go ask her what she is doing. Maybe she is doing yoga or some crazy thing that girls do.”

The team watched intensely as Peewee made his way to the mound to demand she leave their field. His last step was to her side. She turned her head with a smile. “Can I help you shorty?”

“My name is not Shorty, it’s Peewee, and I’m eight years old…And yes you can. We are here to play ball so if you would leave, we’ll play. He stared at her as she stared back.

“My name is Caroline, and I‘m nine years old.” That sounded like checkmate on Peewee.

“You don’t have a nickname?”

“Only boys have funny names.” Peewee was ready to give her one called, Tree Topper, but he re-framed from speaking out loud. She was not going to be a soft touch. Maybe a few nickels and dimes will do the trick. He pulled the coins from his pocket holding them out to entice her to accept and go away.

“You trying to bribe me?” She stood, towering over Peewee like Haystack Calhoun in the wrestling world. In actual size difference, he was only six inches shorter, if she wasn’t standing on the mound.

The fact was Caroline needed the boys more than they needed her. With just four girls, three cousins and Caroline, to play, she would have to use her smarts and come up with an agreement so both sides can call “batter up.”

She stepped off the mound and gazed directly into Peewee’s eyes. “The tallest kid on your team; what do you call him?”

“His name is Squeaky. We call him that because he squeaks when we touch him. He has no meat on his bones. That was enough for her to hear, a new plan had to be implemented.

She thought for a second. “You give me three questions about baseball, and if I can’t answer at least one, I will leave the field. But if I can, all of us will play baseball today, and on Sunday both teams go to the Fair together and have a good time.

Peewee chuckled as though this is going to a slam dunk, and the nuisance girl would be going home…He wanted to be fair, but yet a question girls can’t answer.

“Okay, question number one: Can you give me the name of the award given each season to the best pitcher in the major leagues? A grin broadened her face as though victory was at hand.

“Because I’m just a girl I will just take a guess. Could it be “Cy Young Award?” Peewee slammed his mitt to the ground, whipped his cap off, stomped on it with his tennis shoes, then stood motionless, mumbling that boys are pros and girls are cons. You don’t mix the two, giving her a fact.

The team rushed over to Peewee, encircling the two. When he couldn’t bring himself to explain how a girl out smarted him, she told all of them, with a smile of triumph, you will play with us in baseball, and all of you must go on a date Sunday evening with me and my cousins.

Hats and gloves started flying in disgust. Caroline yelled at them to stop being babies and face up to their defeat. “Listen to me boys, it is time for all of you to start mingling with girls. I know these things because I’m nine. Next year you will thank me when you turn my age.”

The cousins walked up behind them, turning the boys heads to stares. Caroline introduced the three: “This is Judy, she is ten, this is Stephanie, she’s seven, and Lynn who is eight.

Hungry looked up at Judy, his eyes were near the pop stage. For the first time in his life sweetness meant something other than a bar of candy.

The game went so well that they played on Saturday and even Sunday morning, until it was time to clean up and go to the

Fair at the park. At the park they again enjoyed each others company, especially Hungry, who was almost nauseating with Judy.

Curfew was nine p.m., so now it was time to leave and head for home. With reluctance, the Pros and Cons departed the Fair and began their intentionally slow walk home. Caroline whispered to Peewee to slow up even more, so they could talk.

“I don’t like calling you Peewee, so what’s your real name?”

“Well, Billy, will I see you next year when I come to stay with my aunt?”

“I suppose so. Are we going to argue who gets to use the field?”

“We can do that again. I know you gave me an easy question so I could play with you guys.

“There you go again, Billy, playing like humble pie.”

Squeaky yelled to Peewee, “we’re here, the girls have to go right and we have to go left.” They all stopped and looked back at the two. Caroline gave a flirtatious smile to Billy, then gave him a kiss on the cheek. The girls mouths opened and remained so until Caroline walked past them heading for home. The boys were frozen in shock. Billy held his cheek like a ‘wound of love’ hit him.

From that day on, nobody called Peewee anything, but Billy. On the third day of not washing his face, his mother guided him to the kitchen where she made him wash his face. The Pro and Con teams met annually for two more years then Caroline never returned. The peck would remain in Billy’s heart for the rest of his life.